Savage Hunt is a free to play MMORPG where you get to hunt, tame, and train dragons of various shapes and sizes in a very large open world. Sound familiar? Those who have played Dragon’s Prophet before, know this game well. That is because, Savage Hunt is the relaunch of the dead Dragon’s Prophet under a new publisher, Gamigo. The game is set in a large fantasy world that is filled with dragons, monsters, and dark creatures alike. You are an Osira, one who can create special bonds with dragons and their descendants. You must use the abilities of these dragons to foil the plan of the Devourer Kronos before it is too late. 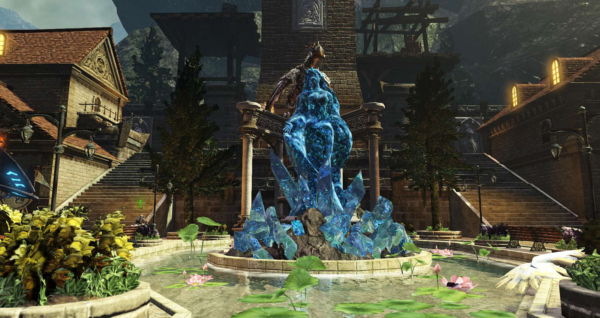 Once you log into the game and select your server, you’ll be greeted by the familiar “Create a character” interface that exists in every MMORPG. You can choose between various classes of the standard roles: Tank, Support, Heal, and Damage Dealer. These classes are more of a playstyle preference than any major game changer, since most of your abilities will be from the dragons you tame and fight beside.

You get a few hair and face options after you select your class, and then move on to the introduction of the game’s story. Here you will see the revival of a dark god known as the Devourer Kronos. As an Osira, you are tasked with finding a way to stop him from being able to destroy the world, and the inhabitants of it.

I favored the Scythe wielding class myself, since its skills are powerful AOE’s that can easily hinder large groups of enemies with little effort. This class has a major weakness as well though, which is its very low defense. To counter that, I had to find a good tanky dragon to cover my weakness and be able to fight with the best of them. 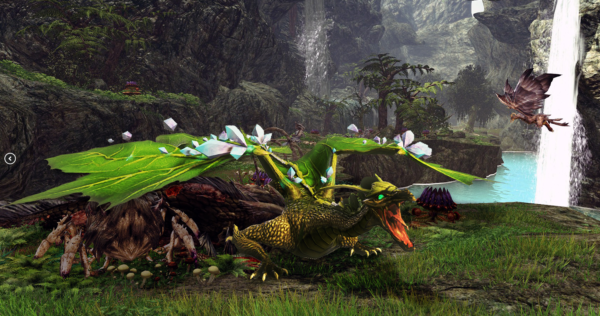 The world of Auratia is full of various dragons who have offered their power to the people of the Osira bloodline. These dragons come in all shapes and sizes, and even have their own personalities, traits, and color schemes that vary between all the species. There are over 600 different dragons in Savage Hunt, and 17 different categories they all fall under.

From land, to sea, to air, the dragons got you covered for whatever task is at hand! Whether you prefer to have the speed running dragon racing through the forest on the ground or a majestic beast flying through the sky far above the ground for the epic scenic view, you’ll find the dragon you’ve always wanted. That’s not the only thing that’s good about having a dragon by your side. They can help aid you in combat, from being heavy damage dealers, to tanks or healers too! Once you have your own dragon, they will have their own traits as well, and when they level up you’ll be able to allocate stat points for them to better fit your needs. The customization of your dragon is almost endless since no two are exactly the same. 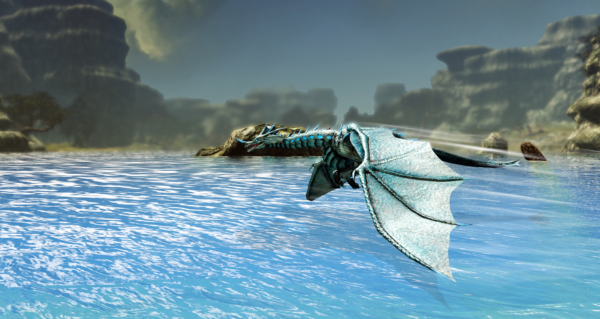 As mentioned before, most of your skills will come from your dragons that you tame. That means that you can be a warrior with healing abilities, or a healer who has tanking abilities. You base class really only controls your playstyle with a couple of skills that are specific to that class. Each dragon will have unique skills that can be mastered by using them in battles or using them as a mount. Some dragons can’t become mounts, while others can’t fight.

The type of skills each dragon has will be randomized upon taming them, so you may have to tame multiples to find that tanky dragon with healing abilities, or that damage dealer who can hold aggro for you. This is because of their traits that are unique to every dragon. By using the skills yourself, you can then learn them and eventually not have to use the dragon that they came from for the skills to be active. This gives the game an idea that you should pursue and train any and all of the dragons that you can so that you can learn every skill in the game that fits your playstyle closest. Some of the dragons have rare abilities which are usually the hardest to obtain upon taming the dragon, but they make up for it in the power that they give once you master them.

When the game was Dragon’s Prophet, this feature was very minor and there wasn’t much to it. In Savage Hunt, you’ll be able to construct your own home in various location types, and decorate it as you see fit. You can then throw parties for all of your friends to enjoy, or just show off your dragons and rub that shiny epic one in your friends’ faces. This features adds that extra customization to the game that everyone enjoys using in their free time. 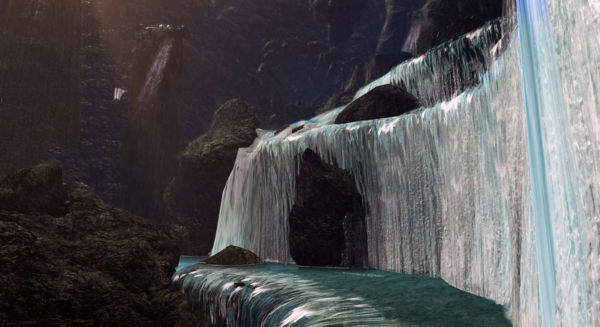 The PVP in the game leaves much to be desired, since it’s the basic PVP types. You can duel, participate in arenas, or you can fight in the open world in some regions (usually late game areas). You don’t lose anything if you are defeated in PVP and there isn’t any consequence for open world PVP. This makes taming those epic dragons far more difficult since you’ll usually have to contest with other players to get one.

There are several dungeons in the game as well, and these are fun to tackle with a group of friends. Going in alone is dangerous, but not impossible if you have the right dragon and gear combination. At the end of every dungeon, you’ll get decent loot and have to fight a pretty cool looking boss. The bosses get bigger and more mechanic heavy the further you go into the game, eventually leading to the bosses having raid mechanics that you will have to constantly dodge or you will lose the fight. The world bosses all have those Raid Mechanics and can only be taken down with many players working together, like a guild! 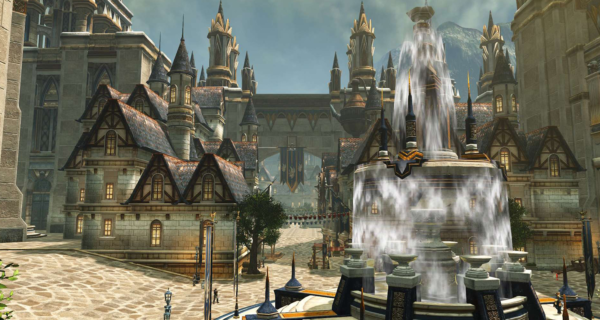 Savage Hunt is a good game overall, and offers a smooth action combat playstyle that most games fall short on perfecting. The taming process for dragons makes it difficult for many players since it will often throw odd button combinations that need pressed such as O and P or Up Arrow and Down Arrow. This makes taming the higher level dragons impossible for many players who aren’t quick about pressing the farther buttons. For those who can do it just fine, you can trade the dragon to other players at some point, so it’s not an entire waste if your friend can’t get it themself.

If you’re looking for a unique Monster Hunter type game, you’ll enjoy taking on the challenge of taming every dragon in Savage Hunt. The story also provides a fun and memorable experience full of rewards and shocking moments you won’t see coming. I enjoyed this game when Dragon’s Prophet first came out, and I still think it has one of the best MMORPG ideas out there as Savage Hunt. So if you’re like me, and enjoy the challenge of trying to tame all the dragons you ever wanted as a pet, give Savage Hunt a try!