League of Legends is a free to play MOBA that truly challenges it players and gives them an incredible game for no cost at all. Using their favorite champion, players can test their skills against one another. With its rising popularity, constant updates, tournaments, ranking system, and rewarding gameplay, League of Legends plans to stay around for many years to come. 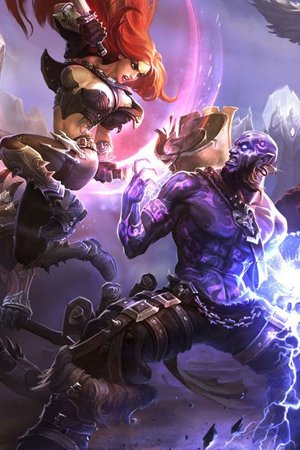 Though this game takes a long time to master, its fast paced action and truly challenging gameplay are what make it so popular. The game, at first glance, seems simple. There are multiple game modes, with classic being the most popular. In classic mode, there are three lanes on a map. At both ends of these lanes, lies a base. One of these bases will belong to you and your team, while the other base will belong to enemy players or enemy NPCs. Each player will choose a champion and two powers and begin the game. During the game, both bases will spawn minions that will head down each lane to attack the other base. The object is for players to destroy the enemy’s base while defending their own. Players will attempt to destroy the enemy towers that guard the lane, level their champion up, buy items to boost their stats, kill their opponent’s champions, and destroy their enemy’s base.

One of the most loved things about League of Legends is the champions. Champions are the characters that players choose to control during a match. Each champion has a detailed lore story, custom skins, 5 unique abilities, and a different play style. Currently, there are 5 main types of champions, though these classes are not set, so you can typically find a way to play the character however you’d like: Tank, Support, Mage, Fighter, and Assassin. There are many different styles of each of these classes, but those are the four general terms that they can be classified under. Every character can be purchased with real more or in game money that you earn by completing matches. You can buy absolutely any champion with in game money. In addition to that, each week there will be 10 champions that you can use for free.

While the graphics in League of Legends are nothing to be excited about, they are certainly not bad. They are very pleasing on the eyes and some of the game art is truly fantastic. Still, compared to some of the newer games out there, the games graphics are certainly not high end. This, however, means that almost any computer can play it. The sound is also very nice and adds to the overall feel of the game. 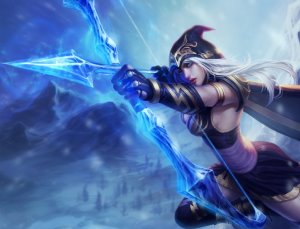 For players that have been searching for a challenging game, this is certainly it. The game is so strategic there are tournaments where teams from all over the world compete against one another. In fact, anyone can get into these types of tournaments by simply playing the game with the ranking system. Players typically get quite serious about the game and have detailed strategies to best their opponents. With all of the different champions available, there are thousands of different ways to go about playing in a match. This, however, can be intimidating to someone who wants to get started. Thankfully, there are detailed tutorials and you are able to join a team of other players to practice against bots. You still earn in game money by doing these matches, so there really is no downside.

Many players take this game seriously, so some of them can be extremely rude to newcomers. If someone does not play the game exceedingly well, there is a good chance they are going to get yelled at. League of Legends, however, noticed this issue and created an honor system. At the end of each match, players can thumb the player up for teamwork, friendliness, or helpfulness. This will help them gain honor and certain benefits that come with that, but the actual benefits are still in the planning stages. Conversely, if someone was rude, left the game suddenly, or anything similar to that, players can report them easily. This has helped keep the more rude players in line and has helped the nicer individuals shine.

Any MMO player can understand the frustration that is felt when a new title is released, but the developers never seem to fix any issues or update it. Typically, the experience becomes dull and glitches take over. League of Legends constantly updates their game and listens to its user to find out what is working and what is not. They are all about balance. There should never be a champion that is dominant over all of the others. The game is constantly balancing the champions and updates are regularly released.

Of course, the core of this game is PVP. It is what it is based around and it is why millions of players flock to it. Just how is the PVP? It is challenging, exciting, and all around fun to play. It can get quite frustrating at times, seeing as it is so competitive, but it is always fun. Players take control of their favorite champion and work together to defeat all of their enemies. Because the game is so challenging, there are so many different combos and strategies. There is truly something for everyone in the game. However, players should be prepared to lose quite a bit in the beginning. It is best to start out playing a large number of matches with people against bots.