League of Angels (LoA) is a free to play browser MMORPG with hybrid gameplay (turn-based/strategy combat) developed by Youzu Interactive. It was first launched in North America in January 20, 2014 and was quite popular. Now that it is 2015, it is time to take a look at the pros and cons of playing LoA. Below is a review by guest writer Duncan that details the good and bad things he experienced when he tried out LoA.

League of Angels is a browser based MMORPG in which we follow the story of a person who tries to help angels remove the threat from the land. The story isn’t really that interesting but the game makes up for it with gorgeous art and good gameplay.

One of the things you will like for sure in League of Angels is the fact that there are multiple character classes to choose from. Some characters are fighters, others use ranged weapons and others come with melee, so there is a lot of variety to be had. 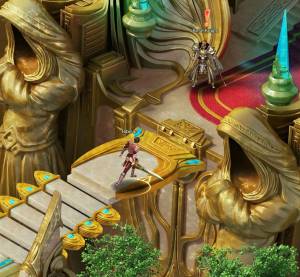 I found exploring the game world a little tricky, because League of Angels is one of those MMOs that has auto-pathing. This basically means that you just have to click on the objective and your character will move automatically towards that direction, with you only being able to stop him temporarily. I don’t like this method because I just feel limited as I play. Still, with time you will definitely get used to it. I would like to have more choices though rather than having a clickfest with no emotional connection or interaction.

The interface in League of Angels does look really cool, and it’s optimized to provide you with quick access to all the stuff you need. Even though you can play the game in the dedicated client, there is an issue with some of the buttons opening very slowly. This is the sort of bug that impacts negatively on the overall game experience.

Still, the main focus on this game still remains on the character that you have and the power that he acquires when you play. Leveling in this game is insanely fast, in fact in just a few hours you can get to level 60 without a problem. This is not a bad thing, but in my opinion it just takes a lot from the overall connection that you have with your character, as it becomes a leveling machine rather that an extension of your own self. Your character will be accompanied by an angel, which can be changed as you progress with more powerful ones. Alongside that, the angel can also be upgraded.

The interesting thing is that despite being a secondary character, the angel is much more powerful that our hero. Sure, it might not mean that much, but when I saw that the angel can hurt or even kill 3 lesser enemies at once, then I had doubts about the overall role and power of my character. Thankfully, you can recruit other heroes and creatures too, so you will have a large team that complements each other during battle. 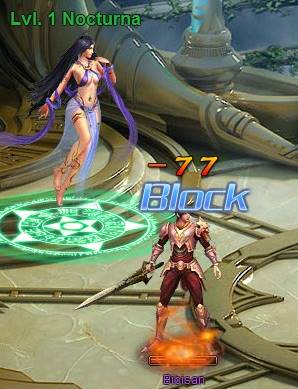 Combat sequences are fully automatic, so there aren’t any human interactions allowed here, as your team will do whatever it takes to defend itself against the enemies or attack them with all their power. This is why the most important thing here is to strategize the hero placement efficiently and, of course, keeping the best possible loot.

This is not your normal MMO, so loot isn’t dropped that often, even though it’s received randomly. Instead, most of the time you will get only gold and XP points after battles. Gold is good and there are numerous uses for it. You can use it in the shop for items, or you can improve various abilities with it if you want. In fact, League of Angels does have a good economy in this regard.

Just like your character, the angel can level up as well, if you acquire the necessary XP from the field. Thankfully, upgraded angels are even more deadlier, so upgrading them should definitely be your main focus.

Despite the fact that the game has a lackluster combat and story, this title does have its good sides though. For example, you have a wide range of interesting possibilities when it comes to upgrading your gear and customizing your weapon. I for one I managed to play for hours and hours as I tried to upgrade my powerful sword to the max. Alongside that, I also liked that there are tons of mounts to collect here, and they are rare as well, because you won’t see two people with the same mount that often.

An interesting addition in this game is the arena mode. This is where the PVP takes place and based on my experience it was pretty intense. Sure, there are a few issues when it comes to the matchmaking since I did encounter a person with a much higher level than me a few times, but overall the matchmaking and other features work great.

League of Angels is a game that not only looks amazingly well for a browser game. There are a few animation problems, as these are unrealistic sometimes, but other than that this game does a great job in portraying a wonderful, large game world filled with creatures. Should it look better? Yes, because the character models are the ones that break the image in this regard, but even so the title is looking really good.

The soundtrack, unfortunately, is generic even though the game does have some time since it has been online, as some updates could have fixed that. Despite the repetitive tracks, you can find some diamonds in the rough, but overall the OST doesn’t manage to stand out.

So, is this game a good one? If you are a fan of browser-based games like me, then you will definitely give it a shot since it’s free. And while it won’t bring you the WoW feeling that you expect, League of Angels is a good game because it offers a lot of content and multiple classes to play with. The major downside though is that by leveling up so fast, the game becomes overwhelming and in the end a little boring. Still, it’s a great experience to play it, especially if you come here from time to time in order to kill some bad guys.