Enter the hellish world of Eudemons

Eudemons Online is a free-to-play (f2p) fantasy MMORPG with open-world player-vs-player (PvP) and an extensive system of evolving pets called “Eudemons” that they can hatch, raise and train. 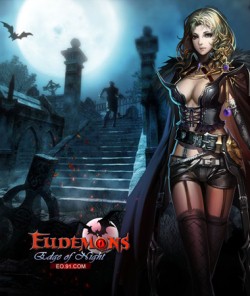 It has five classes: Paladin, Warrior, Vampire, Necromancer and the Mage. Also, you can pick between male or female character. Once you have chosen a class, you get to pick the names (although this is not the mandatory option) for two of your Eudemons. These are the henchmen, or minions if you prefer, that follow you and help you in your quests. They are quite strong and are an excellent backup force. Also, same as your character they level up and increase their attributes as they progress.

If you like a Pokemon type of game where your pets evolve with you then Eudemons is a good choice.

The maps look pretty nice and the graphic details are not too high nor the effects are something breathtaking, but it allows pretty smooth game without any irritating drops in fps. The maps are quite simple and the quest areas are not hard to find at all, and that is quite nice thing to know. The graphics are a bit similar to Diablo 2. 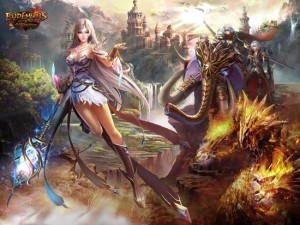 One complaint that I have with the game is that PvE or monster killing is just way too easy if you stick to training at areas that have mobs that are the same level as your character. The monsters can barely fight back as you slay them easily. This isn’t too much of a problem though as I noticed that many players prefer their MMORPGs this way. If you want easy leveling through combat then this wouldn’t be a bad thing.

Those who are looking for something more challenging and competitive in nature will find it in Eudemons Online’s open world player vs player, also called player killing (PK). There are five PK modes that you can activate. The most hardcore PK option allows you to kill everything in sight with no restrictions but most players will go for the more friendly “Team Mode” which lets players kill players except for friends, team members, Legion (guild) members and allies. The “Peace Mode” lets players opt out of PK entirely.

Eduemons Online is very, very popular. When you log in you will see a lot of people online and socializing is never a problem, unlike in other MMORPGs that are sparsely populated. There’s tons of people who are willing and even eager to play with you, which is a very big plus for social gamers.

Eudemons Online is a good, solid f2p MMORPG with easy PvE and a large community of players. This game is well known for it’s fun pet system similar to Pokemon in which you raise and train pets that evolve. This is a great MMO for those who are looking for a Western-style fantasy MMO with an extensive pet system. The latest expansion, “Cult of the Shadowed Sun,” that introduced the new Necromancer class last December 28, 2012 has been well received by players which is a good sign that Eudemons Online is off to a good start in 2013. 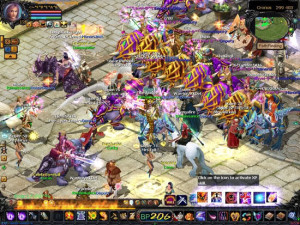 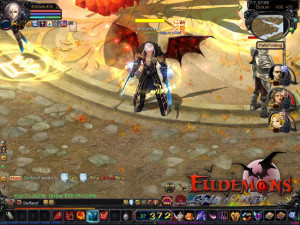