Amongst the various MMORPG games available on the internet, Allods Online stands out from the rest because it offers top quality graphics and good gameplay for free. Its unique flying exploration and combat content is also one of it’s biggest attractions.

Starting Out: Factions and Races

First of all you need to create your character and there are more than enough  cool options to do so. As it is usually the case, you get to chose between two factions: the noble League and the ruthless Empire.

The main difference between the two factions is in the races available for your character on each side. The League is composed of the honorable Kanians (nature-loving humans), mystical Elves and the cute, furry Gibberlings. The Empire is composed of the Xadaganians (human urban-dwellers), undead Arisen and savage Orcs. At the moment the new players on the side of the Empire gain the 20% experience bonus and that is one advantage that should not be ignored.

Each race has several classes available so it is good idea to pay the attention to what each class has in its description so you don’t make the mistake and pick up the class that doesn’t fit your game style. After that you get to choose the appearance and you are ready to go.

You will get a decent tutorial at the beginning and then the missions start rolling one after the other. The good side is that they are made pretty linear and they continue one after the other, without much of a need to run all over the map. Unfortunately, you will need some time to tame the camera view, but after some time it will go smoothly and naturally so you can focus on the game and the missions. One more good thing is that the developers also predicted that these kinds of problems may be plaguing the newbie players, so they created those first missions to be pretty easy and there is no danger that you will be dying on the early stages of the game and have to play all over again.

The graphic experience is rather nice and the game is appealing to the eye. The enviroments are very beautiful and the characters are quite detailed. There is also a lot of available character customization, which is always good to have. Check out these screenshots to get an idea of what the game looks like. You can click on the image to view the larger version of it. 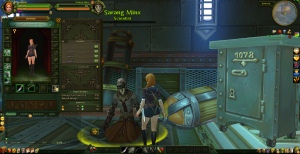 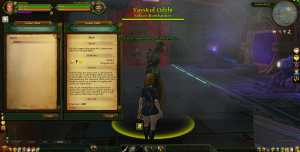 Other MMORPGs have regular ships while Allods Online has sky ships. Players are able to build ships that they can use to sail in a magical space called the Astral. These ships are therefore called Astral ships. Each one has multiple crew stations which can be manned by multiple players who can sail together on the same ship. Astral exploration is a lucrative endeavor that allows players to discover new zones and get loot by fighting Astral demons. In addition, it is a lot of fun to fight other players in ship-vs-ship combat.

The word that often comes to mind when describing AO is “polished.” Allods Online was developed with a very decent budget of $12 and took several years to complete. It runs very smoothly and the game has that topnotch quality look and feel to it that cannot be faked. If you have ever thought that free-to-play MMORPGs look cheap then I invite you to try this game because it really looks like an AAA title.

Allods Online is one of the top free MMORPG games available in the market today. It has great graphics, fun gameplay and unique content in the form of Astral ship-vs-ship combat. It’s a must-try if you really want a polished, professional-looking free-to-play game that is comparable in quality to most pay-to-play titles.