Royal Quest is one of the MMOs that tries to bring the Diablo experience in a very refined and seamless way. Not only is the game created with a smooth gameplay in mind, but it’s also a lot of fun and it manages to bring in front all those cool moments that you always wanted. Right off the bat, you will see that the graphics are quite cartoony but that won’t be a problem for most gamers to be honest, instead the title does a very good job at offering you a sense of immersion.

I would compare the game with Torchlight II as that seems to be a similar experience however you do get some nifty MMO features in the range of parties and guilds. 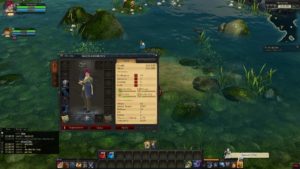 As I said earlier, this is a hack and slash action RPG which means that you do get a very similar gameplay to Diablo. Moving is the same, so is inventory management but there are some things that you can’t find out there. The picking methods are interesting and something I didn’t see until now, not to mention that the title does a very good job at offering you incredible gameplay results.

I do like the attention to detail and I feel that the game does an amazing job with its world. I do wish it would be more populated, because at times the game world seems to be barren and I would like to see more enemies. They seem to be placed manually sometimes and honestly that hurts the experience which is not something the devs intended, I am sure of that. I do like that they work very hard and do tend to offer you all the options you might need, as that’s a great incentive to say the least.

You do get a feeling for upgrading your character and making it more powerful, but at times I did find the gameplay to get a little stale and very grindy. The issue is that grinding takes a lot of time so you don’t even get rewarded for the entire process unless you pour a lot of time into it.

After playing for 10 hours or so you will see that you just can’t find a lot of quests. Even if at first they might seem abundant, they aren’t really managing to deliver the great results you want and at some point they will get stable not to mention that there aren’t a lot of side ones as well.

The enemy variety is great, I like that you have multiple enemies and you don’t have to deal with a reskin of the same one, it shows that there’s a lot of value and time poured into the character creation which is certainly a plus. 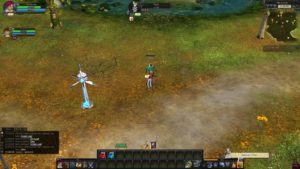 The talent tree is large and filled with great ideas you can check out. There’s also a stunning attention to detail when it comes to music and even if the graphics could be better, I do think that they did a really good job with the character models and the game world as a whole. Considering that this is a free game, you get a lot of value for not paying anything.

There aren’t that many subclasses to begin with, but there is a lot of fun to be had and the entire experience tends to get stale after a while. It does deliver a good sense of immersion at first and I did find the game to have a very pleasant appeal from beginning and up until the end.

An issue I found is that despite being an MMO that’s free to play, you don’t find many players. It’s a good idea to play it with friends, but I am a little disappointed that you can’t play it with too many gamers out there.

The reason is that everything here seems to be quite generic. There’s not that much to make it stand out. Everything you see was integrated in another game beforehand and even the PVP seems to be forced in the title with no fluidity like you can find in other similar experiences. It’s not bad, it’s just not as good as you would expect and that’s unfortunate to say the least. 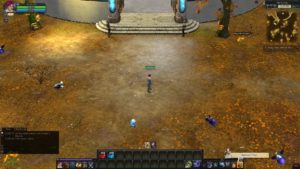 The interface is interesting and I did find the overall customizability a very good thing. It delivers a great sense of detail and it also enables you to maintain a good focus on results. It also creates an extraordinary and fun experience to begin with, which is what you want in the first place. Royal Quest does an nice job with all the elements in its hands but as I said, it does tend to feel generic at times and that’s a shame considering there is an effort placed into this experience.

Should you play this game? Since it’s a free to play title you won’t need to pay anything and that is a big plus. But there are many free to play titles out there so does this one stand out? Unfortunately that is not the case. While playing Royal Quest I had a constant state of déjà vu all the time. Not only you get to see similar environments and characters, but there aren’t too many quests to begin with and it’s just not as entertaining as it should be at first.

The game does however deliver if you didn’t play that many action RPG games before. It’s not something fresh, but it is functional, the interface is good and there’s enough value to last for some time. But it’s stale, it doesn’t innovate and it might not be the best choice out there considering how many RPG titles you can find on the market. I liked Royal Quest but if you want a solid RPG to play for hundreds of hours, I do feel this might not be the game you want. So just try and check it out, then see for yourself if it’s worth your time.